When Abortion Becomes the Obvious Choice

On Monday, the Supreme Court struck down a Texas law regulating abortion clinics, concluding that it placed an “undue burden” on a woman’s ability to obtain an abortion. The law, passed in 2013, required two things: one, that abortion doctors gain admitting privileges at a local hospital, and two, that clinics meet the same specifications as ambulatory surgical centers. These restrictions shut down more than half of the state’s abortion clinics in the last two years, and would have forced many more to close their doors if it wasn’t for Monday’s 5-to-3 decision—the court’s most significant statement on the controversial issue in 25 years.

Incidentally, the day before the ruling, I sat down with a cup of tea and watched Obvious Child, a quirky rom-com about a 28-year-old comedienne (Donna) who discovers she’s pregnant after having a booze-induced one-night stand with an adorably preppy stranger (Max) while in the midst of an emotional crisis. I’d seen the trailer before and thought the film looked interesting, with lots of witty one-liners and 90 minutes worth of character development—a very specific genre of film that Scott has labeled “Emily movies” and refuses to watch with me. (Other examples include Drinking Buddies, Liberal Arts, and Before We Go.)

Plus, I really wanted to find out how this particular story ended. Would she go through with an abortion, as the trailer suggested? Or maybe, I secretly hoped, she would decide last minute to keep her baby. (I’m a romantic.) 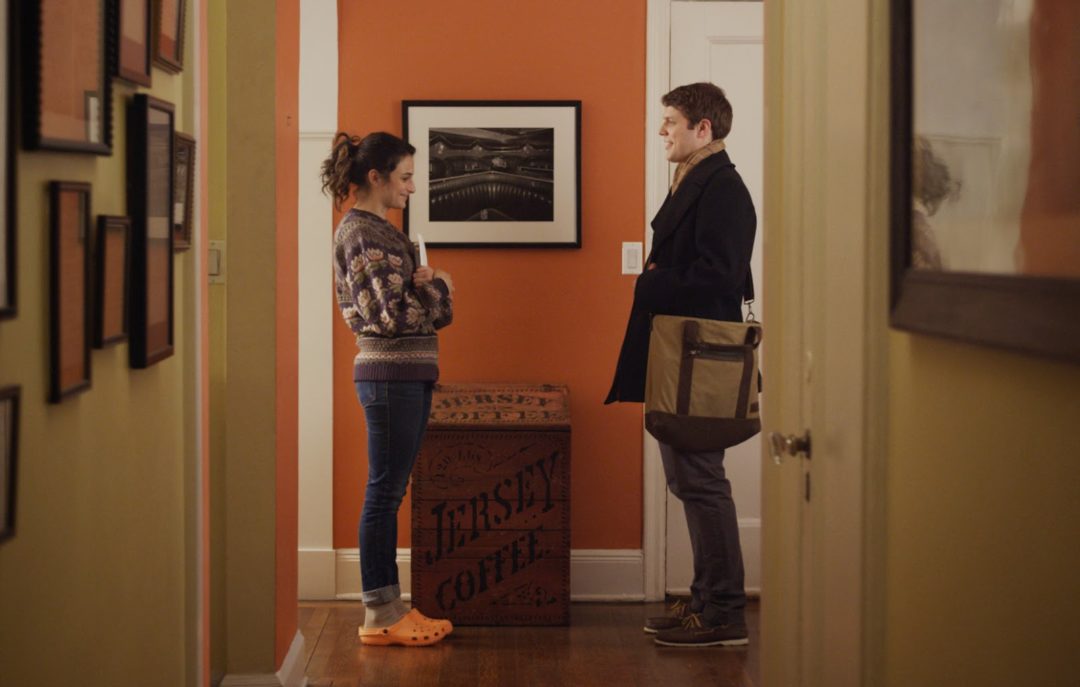 Halfway through the movie, however, I had a pretty good idea what the outcome would be. Donna confides in a handful of people—both friends and family, as well as the father—about the pregnancy, and not one of them thinks to ask if she has considered carrying the baby to term. Raising the child herself is never mentioned as an option, nor is giving it up for adoption. Instead, the word “abortion” is tossed around at least two dozen times, as if it’s the most natural thing in the world. Natural as, say, giving birth. Yet, in the second to last scene of the movie, as Donna’s being prepped for surgery, the camera zooms in on the heroine’s face, and the first thing you see are tears falling from her eyes. Even in her loopy, sedated state, there is an unmistakable sadness beneath her cloudy gaze.

And then, just like that, it’s over. The film closes on the same afternoon, with Donna sitting on the couch beside her new beau, ready to watch Gone With the Wind—because she’s still recovering, and oh yeah, it’s Valentine’s Day. Similar to your run-of-the-mill romantic comedy, the girl gets the guy and they live happily ever after. Except this time, the abortion of their baby is what bonds them together as a couple. 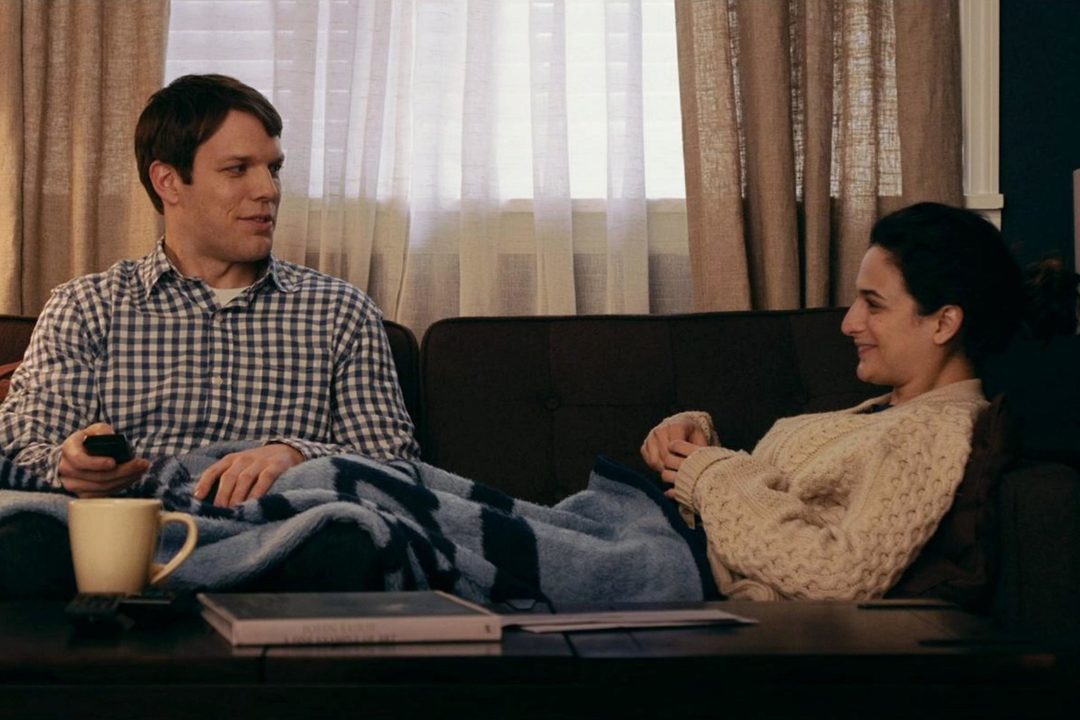 In an interview with CNN, the producer of the 2014 film acknowledged that the filmmakers were “trying to humanize the experience,” and to realistically convey the whole abortion process, beginning with a woman’s decision to have one. Amanda Hess, a staff writer for Slate.com, called Obvious Child “the most honest abortion movie” she’s ever seen, and many other reviewers have agreed with her, deeming the indie film “momentous” in its relatively positive portrayal of the tough and taboo women’s rights issue that other films tend to skirt around or avoid altogether. Fans of the film are celebrating its down-to-earth depiction of abortion and calling it a “win” for women everywhere. Frankly, I’m not convinced.

If writer and director Gillian Robespierre really did succeed in accurately illustrating our country’s “abortion culture” in Obvious Child, it leads me to the question: When did going through such a deeply personal, psychologically intense, and even life-altering operation become the equivalent of taking a spa day?

I’ll admit, I’ve never been in Donna’s (and countless other women’s) shoes. I’ve never found myself in such a desperate and scary place, and therefore can’t begin to imagine what it must feel like, or what I might do under the same circumstances. But I also can’t help but think that the film’s underlying message, the message that presents abortion as an “easy fix,” or a quick solution, is a dangerous one. Approximately 700,000 abortions occur in the U.S. per year, and 40-60% percent of those women report experiencing negative reactions such as emotional distress, nervous disorders, feelings of guilt, and even depression within 8 weeks of the procedure. (Source.)

Donna is a confident, goofy, happy-go-lucky girl who relies on humor (and copious amounts of alcohol) to deal with grief, but it’s easy to see that beneath the surface, she’s struggling. Who wouldn’t be? In an effort to calm her nerves, Donna’s family and friends practically blow the whole thing off as if it’s already “taken care of,” glossing over the emotional gravity of what’s happened, and instead, painting a black-and-white picture of abortion as a simple and inconsequential means to an end.

The first person Donna confides in is her roommate Nellie, who, having gone through an abortion herself, tells her “the whole thing literally takes, like, five minutes” and hurts no worse than mild menstrual cramps.

Later, in one of the most emotional scenes of the film, Donna climbs in bed with her mother and, with a trembling voice and tears in her eyes, opens up about her current predicament—and what she plans to do about it. In many ways, we’ve all been there: afraid to let our mothers down when we’ve made a mistake, but desperate for their love and understanding. So you can imagine Donna’s relief when her mom reassures her that she’s neither angry nor disappointed, but merely relieved that that’s all it is. “Thank god! I thought you were gonna tell me you’re moving to L.A,” she says, proceeding to comfort Donna by sharing her own abortion story from her college years. Based on all of the characters’ reactions, abortion in the film is heralded as the only choice for someone like Donna (your average single twenty-something still trying to figure out this “adulting” thing)—a sad reality for most women in a similar position. 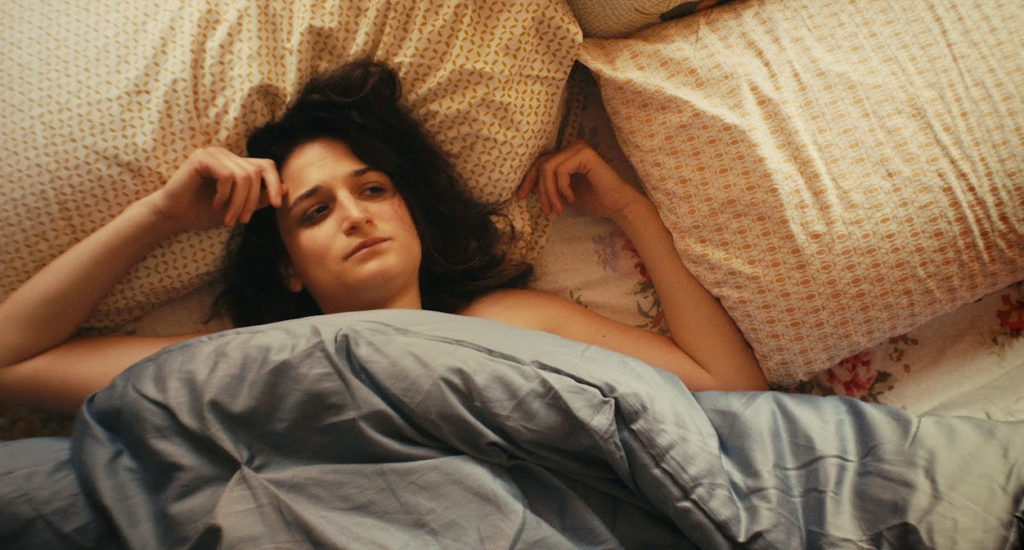 Mariel Lindsay was one such woman. Single and scared out of her mind, the 25-year-old turned to her girlfriends for support after receiving the shocking news of an unplanned pregnancy. They all advised her to terminate it as quickly as possible in order to secure her bright future, but all she could think about were the traumatizing memories and regrets of several women she knew who had gone down that path before her. In an honest account of her own experience, she explains how her female companions’ dismissive reactions to her state of indecision made her feel more alone than ever: “I’ve come to think there’s something about abortion that makes people want to move past it quickly without thinking or empathizing. All in one swift motion, as my friends recommended I do away with my pregnancy, I felt they were also doing away with me as a friend. Amid my mixed feelings, I felt completely unsupported as I assessed my other options.”

Lindsay goes on to say that, looking back, she wishes her friends could have believed in her when she didn’t believe in herself.

“When I told them, in my weakest, most hopeless moments, ‘I can’t do this,’ they confirmed it. ‘It’s okay that you can’t do this,’ they echoed. I wish they’d said, ‘Maybe you can do this.’ Such a response would have forced me to wonder if maybe I was more powerful than I presumed, able to endure more pain and hardship than I dreamed possible, only to emerge stronger as a result.”

Lindsay ended up backing out of her first and second abortion appointments at the last minute, a decision that none of her friends could understand. “What I needed,” the courageous mother concludes, “what so many desperate, terrified girls in my position need, are people who force them to believe what they themselves cannot: that they are capable, that they are powerful, and that, unfortunately, there’s no such thing as an ‘easy way out.’” 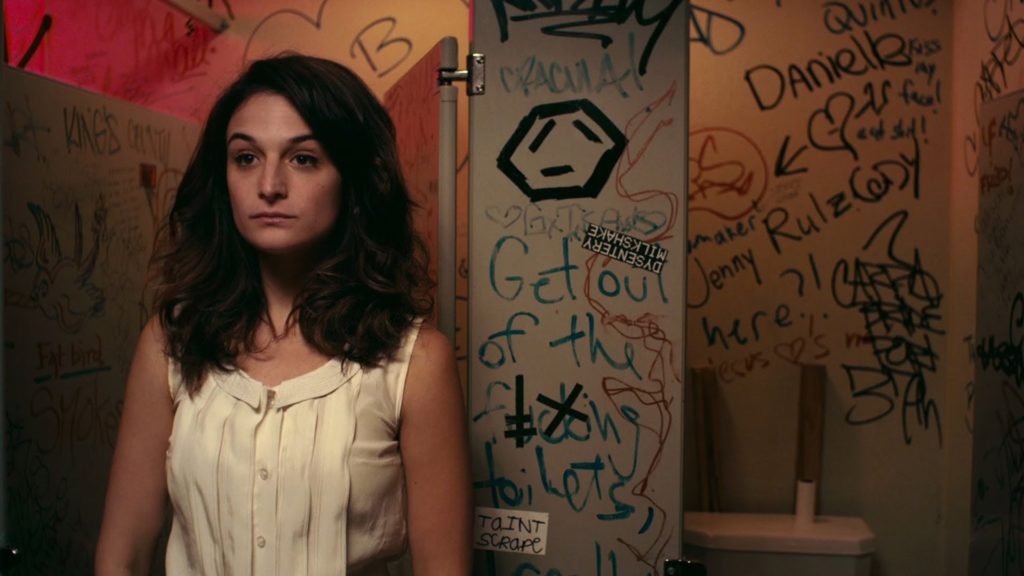 The abortion industry makes its money by convincing terrified women that they are not strong enough to go through with a pregnancy in their young and/or vulnerable state, and that by simply doing away with it, they can continue on as if the whole thing never happened—and actually make something of their lives. Personally, speaking as a proud feminist, I believe we deserve way more credit. But when our own mothers, sisters, and friends begin to echo that harmful sentiment, it becomes difficult not to buy into the lie that we’re throwing our lives away once a child is involved, unexpected or not. That kind of thinking is the opposite of empowering. It’s not uplifting or the least bit true, and it’s definitely not the kind of sisterhood I want to be a part of.

When abortion becomes the obvious choice, it’s a sign that something has gone profoundly awry in this modern culture of ours. A lack of faith may be to blame for our becoming completely desensitized as a society to the blatant disregard for human life, not to mention the safety and well-being of women. Or, perhaps, it’s compassion that we lack.

Monday’s Supreme Court ruling will succeed in making abortion easier, and more convenient, than ever before. Easier for women to make a decision that many will rush into, more convenient to make the call that some might deeply regret—simply because they don’t feel like they have any other choice.

But if we, as fellow women, actually believed in them—if we could simply remind them that they ARE strong, that they are NOT alone, and that they DO have a choice—how many lives could we change? How many sisters, no matter what they’re going through today, could we give hope for a better tomorrow?

My guess is millions.

“Obvious Child” movie stills by A24. 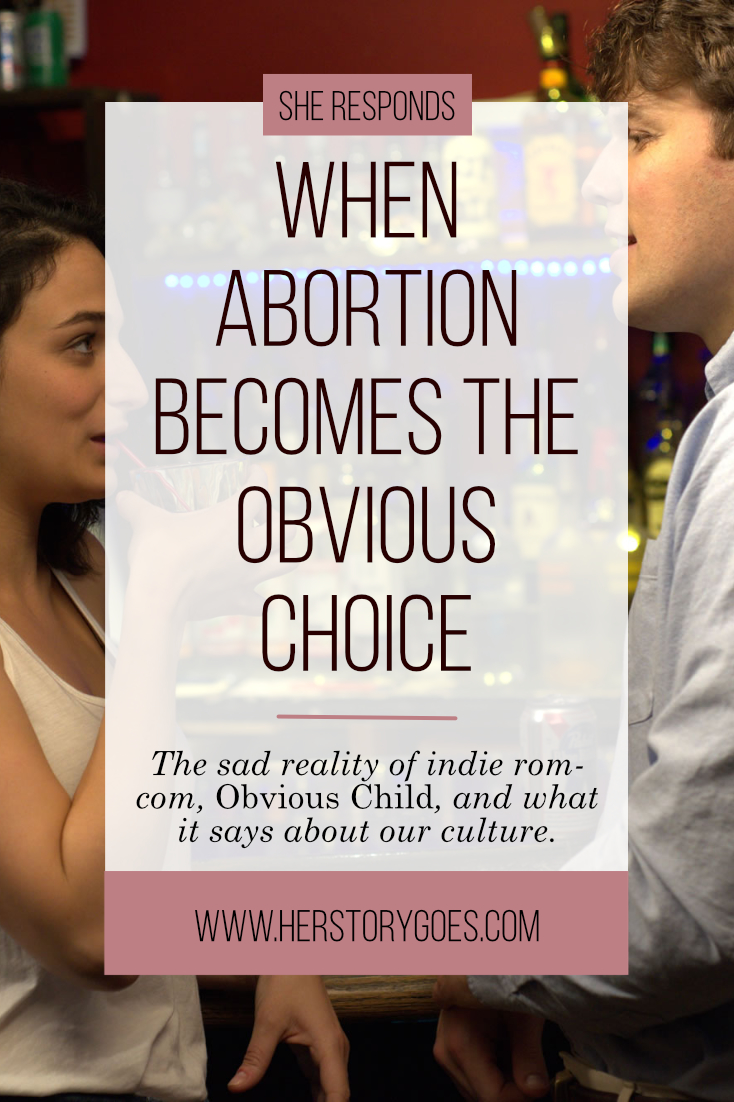 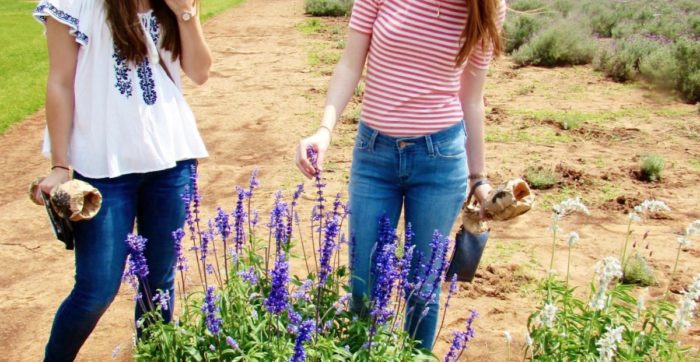 This post was created through the collaborative efforts of both Kristen and me (Emily), the co-founders of HSG, regarding a topic that is close to our hearts. As always, we’d love to know your thoughts and opinions! Feel free to add to the discussion by posting your […] 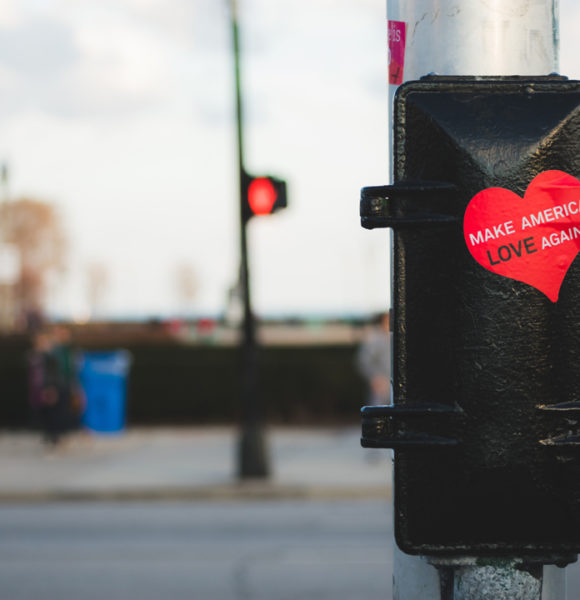 When Silence Isn’t An Option: What You Can Do In The Aftermath of Charlottesville

Leave It All On The Mat
From A Guy’s Perspective: How I Knew She Was “The One”

2 thoughts on “When Abortion Becomes the Obvious Choice”