Many A Midnight In Paris 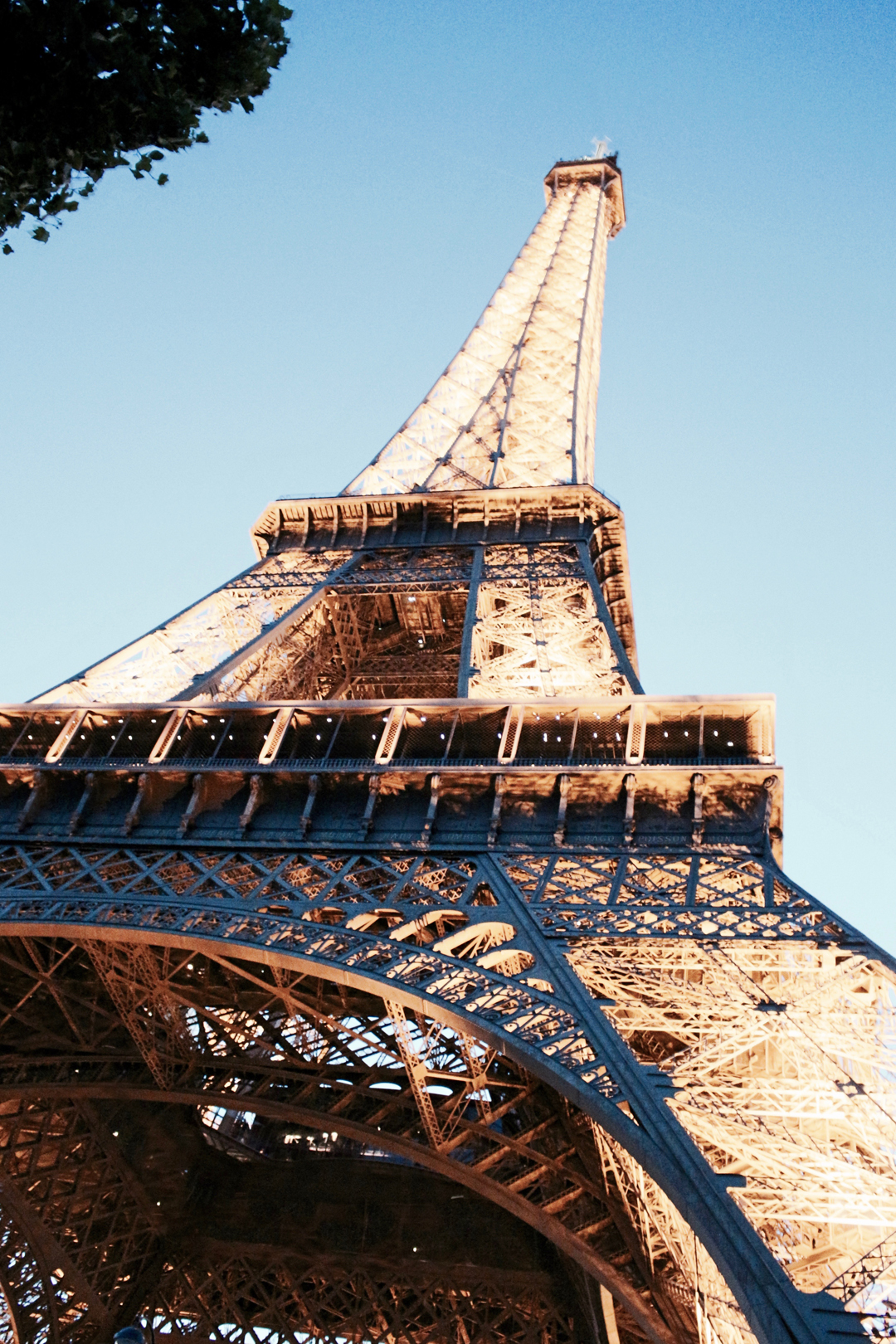 I fear that I may never stop talking about the 5 short days the three of us spent in Paris. I never actually wrote anything in my notes about my time there, but I believe that to be because I knew I’d remember everything about this magical city.

Every detail about the French streets, the romantic lights, and the quaint cafés. Every sound from the boats on the Seine, the taxis during our bike tour, and the music playing on the Champ de Mars. Even the smells of each and every crêpe that I ate that week, and boy did I ever NOT hold back on those. The locals there, the architecture of the buildings (from the modern addition to the prism in front of the Louvre to the renovations of Rodin’s house), the history behind the city… None of it could be erased from the deepest crevices of my mind. They are most certainly engraved there for the long haul. 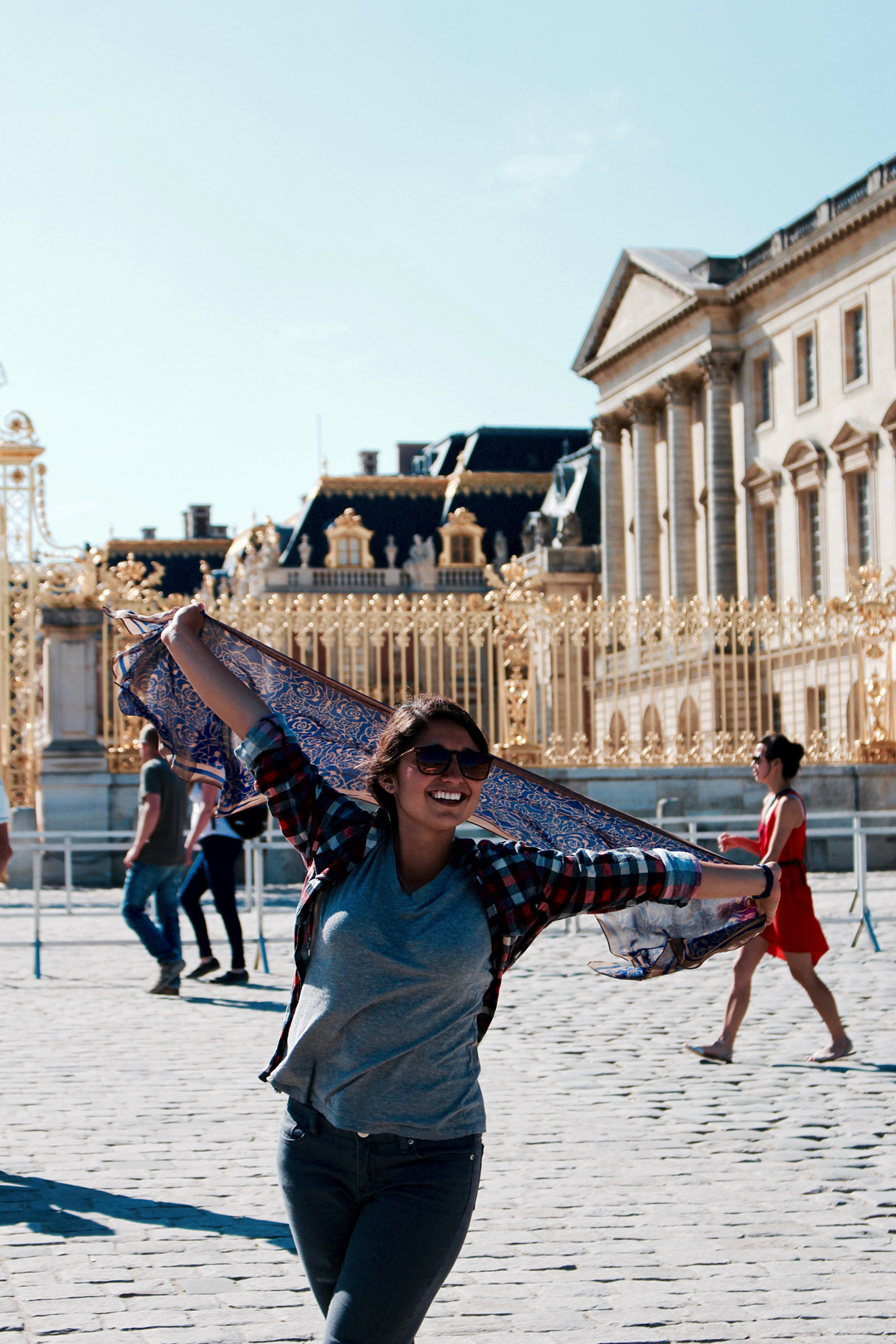 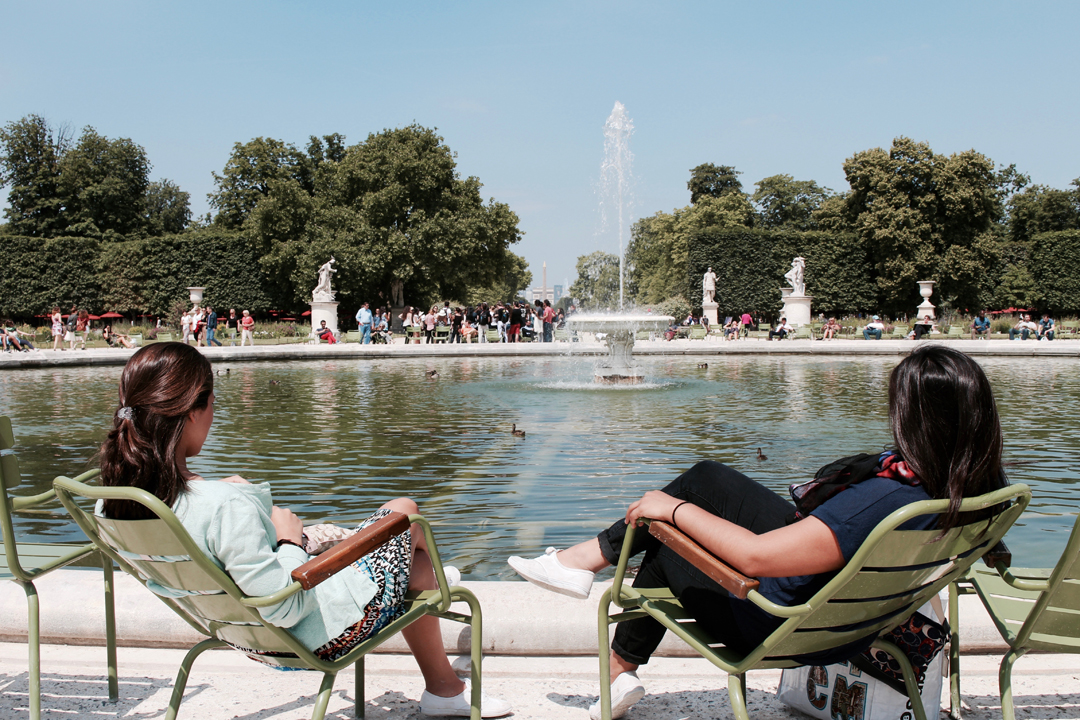 I sound like a typical teenager obsessing over that cute boy I went to the one party with. In all honesty, Paris, you have my heart. And I am certainly not embarrassed about it. 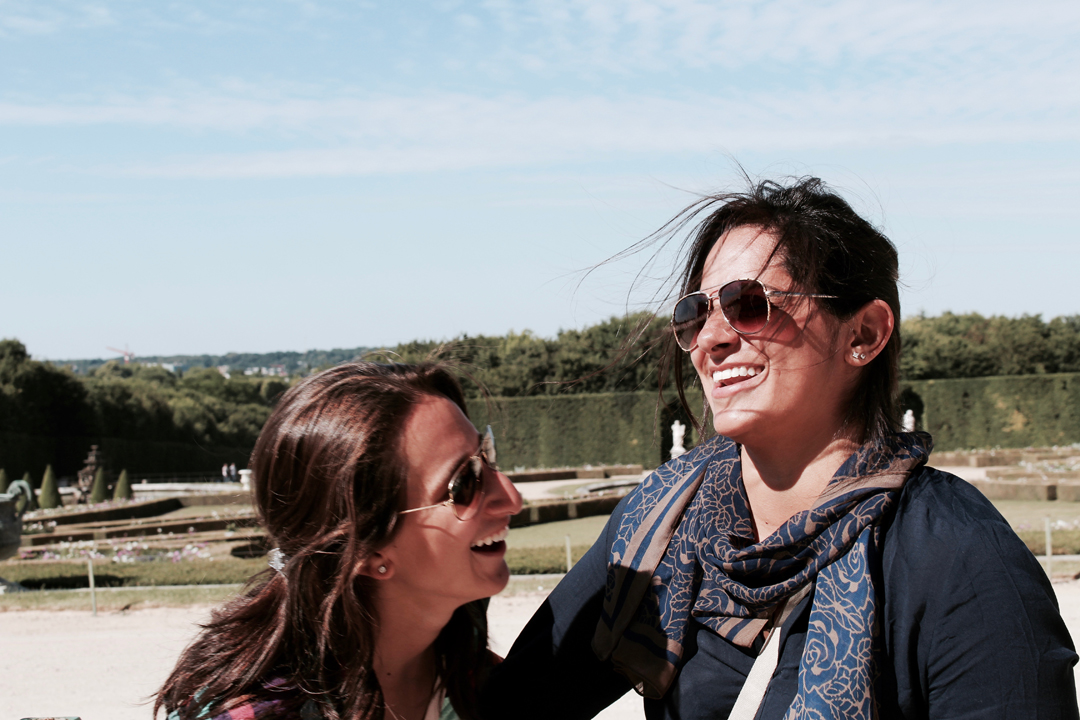 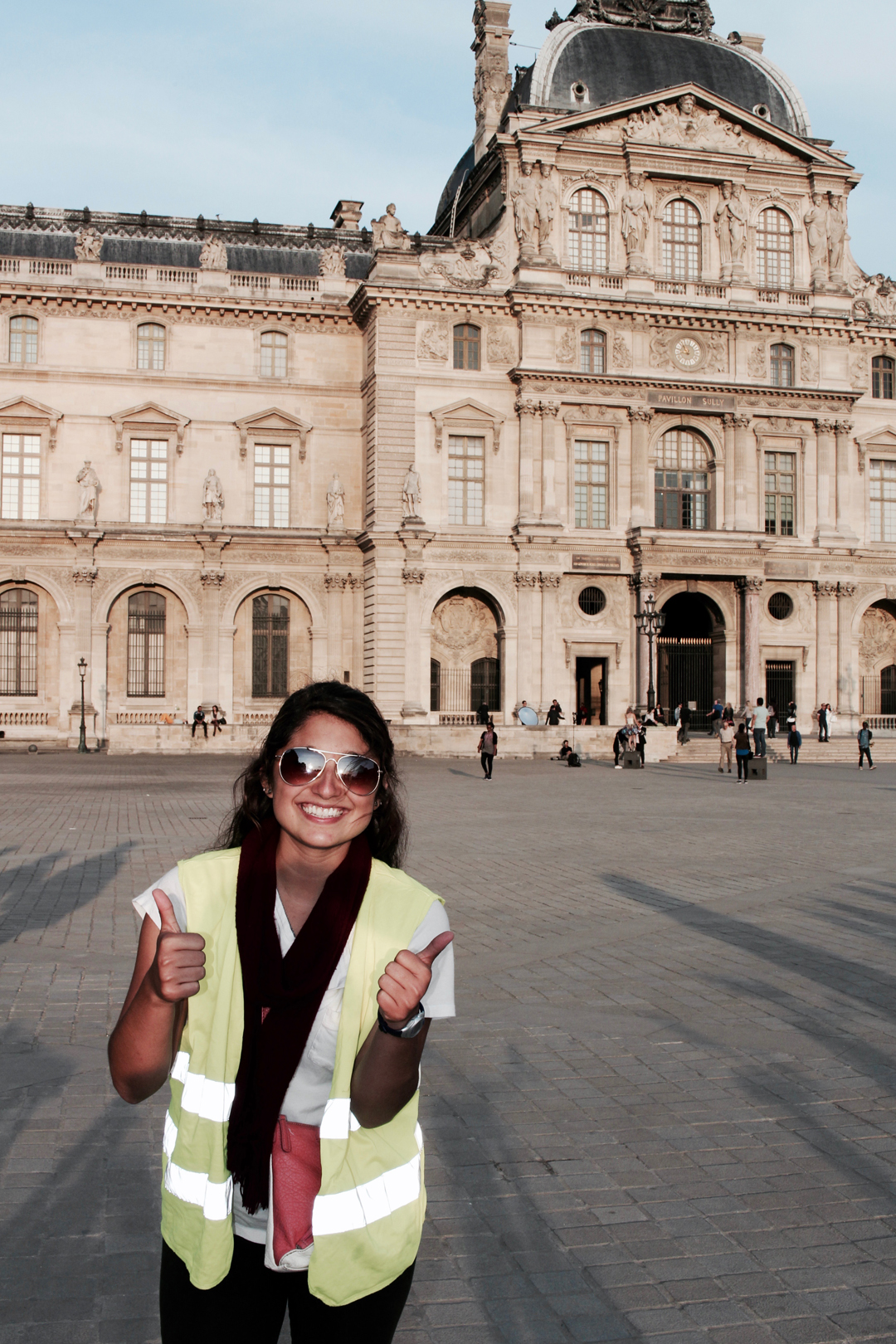 The hostel we called home for four nights in all actuality became our home. Paris Namdemun might appear too far from all the happenings of the inner city, but the atmosphere there was absolutely be worth the commute. The Korean family that owned it were lovely people, and their cooking skills were top notch. They provided breakfast for their guests every morning, and if you could make it back for dinner (and trust me, you should at least once), they went all out on Korean dishes. Talk about mouthwatering. 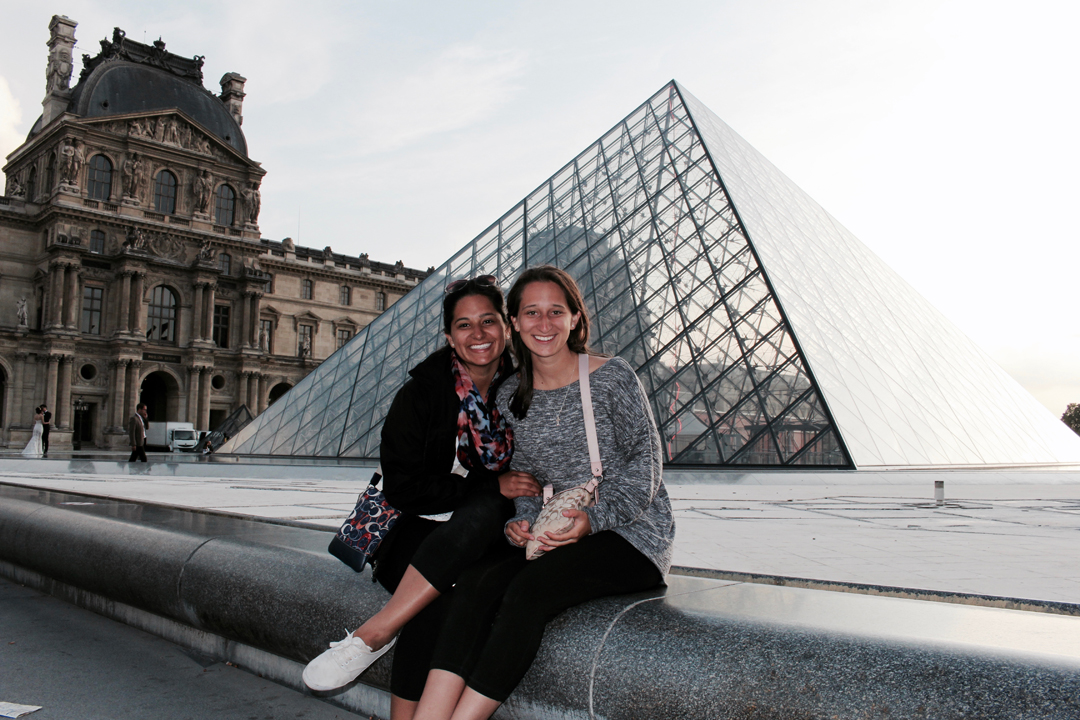 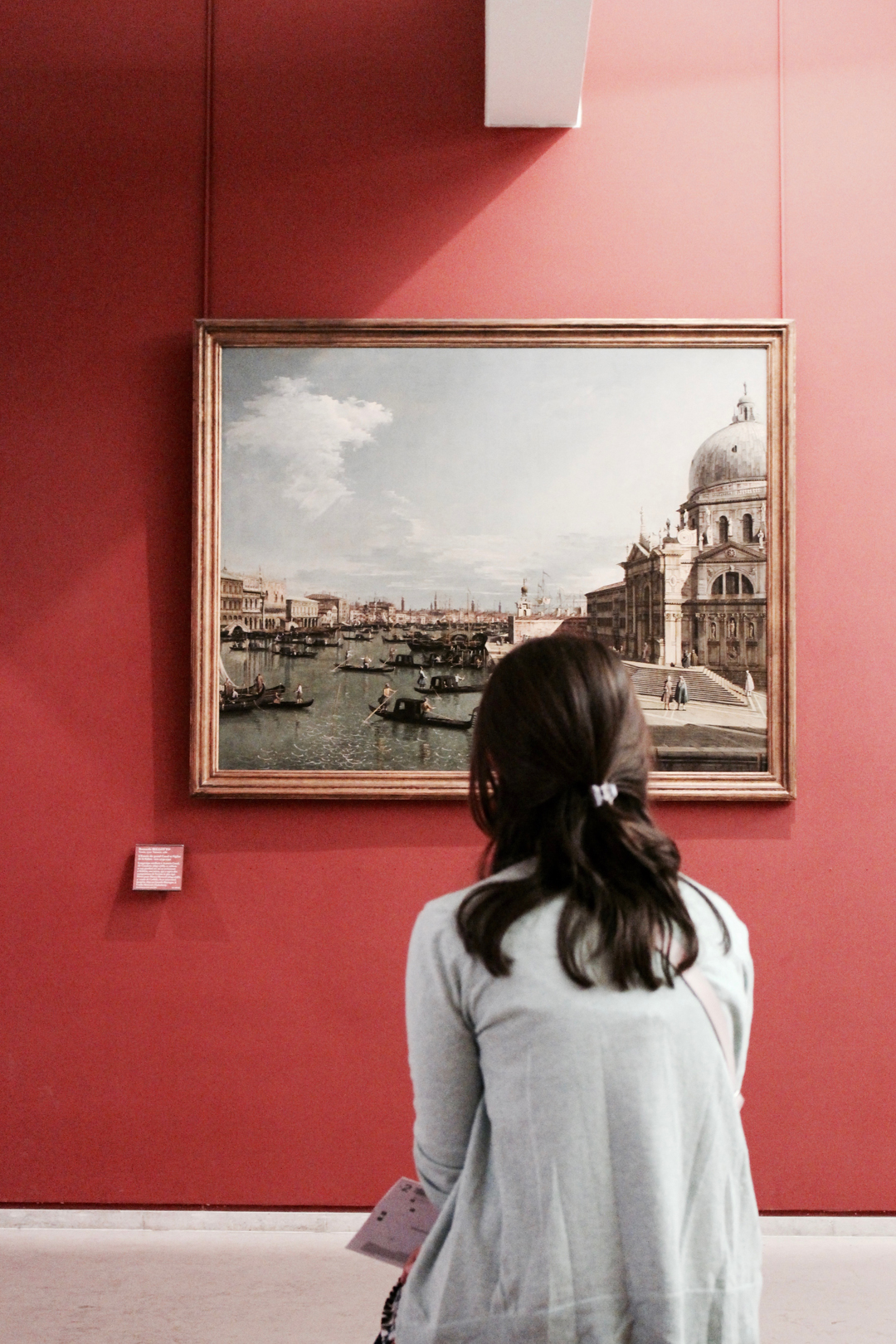 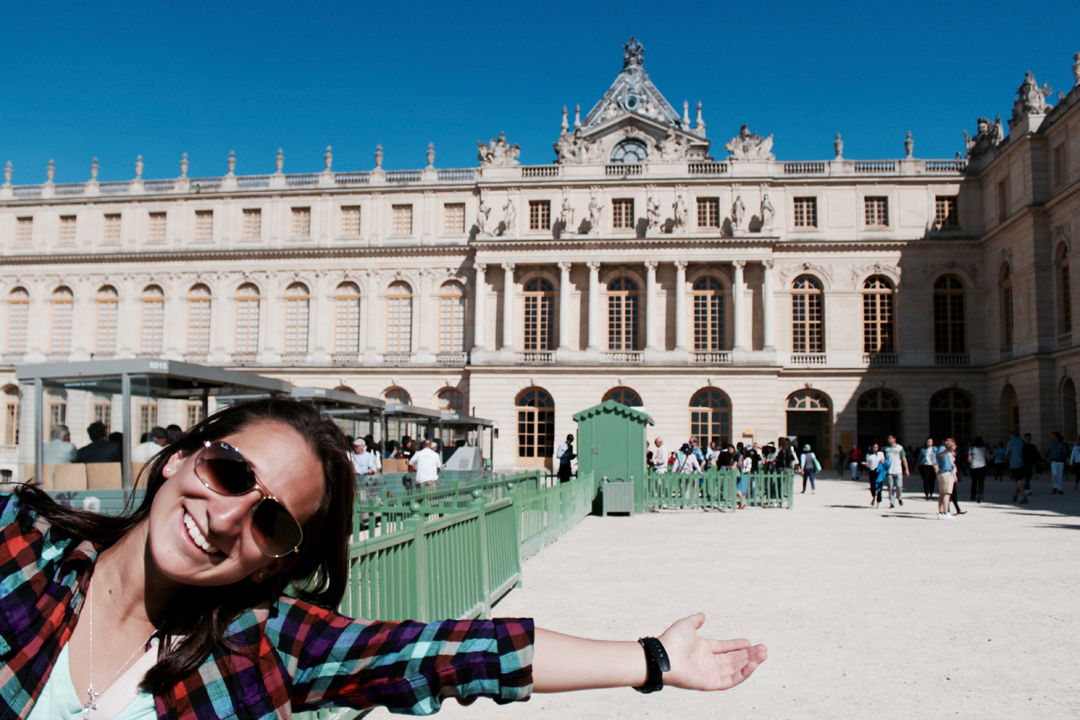 The Fat Tire Bike Tour is a must while you’re in Paris. We signed up for both the day tour and the night tour, and it was such a great idea! Fresh off the flight that first day, the bike tour allowed us to learn about the history of the city from knowledgeable tour guides so that in the remaining days, we were able to go back and appreciate them even more.

The day tour took us to Place Joffre, right past Musée Rodin with a stop in Esplanade des Invalides across from the Musée de l’Armée. (I understand if this is gibberish… I had to go back to Google Maps myself in order to relive and share it here.) We proceeded over the Pont Alexandre III arched bridge and along Avenue Winston Churchill until arriving at Avenue des Champs-Élysées. From there, we headed towards the Louvre, all the while listening to our day guide explain different facts about the city. Tracking back a ways, we passed the building they used as a blueprint for NYC’s Central Station and ended up in front of the Eiffel Tower. C’est magnifique! 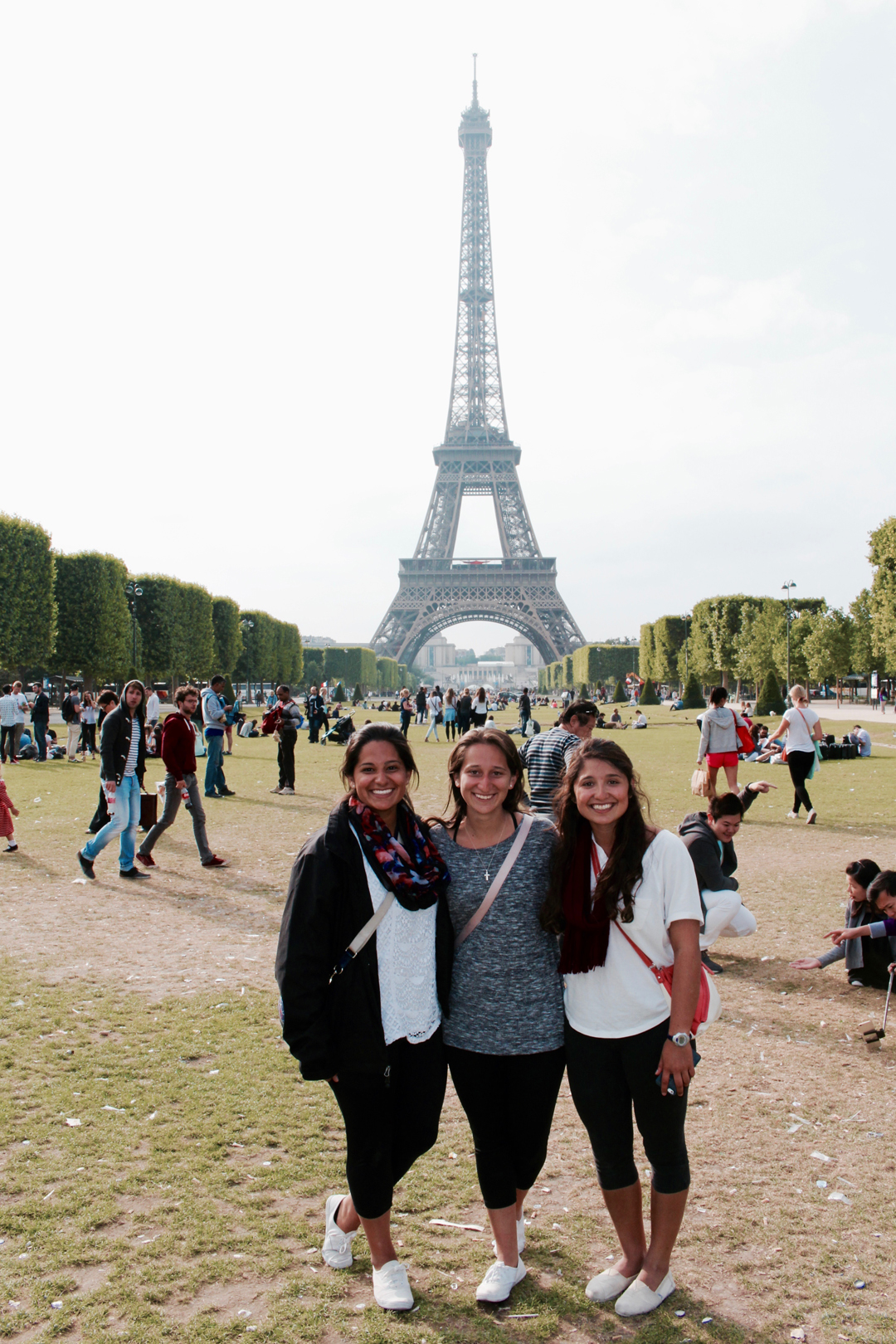 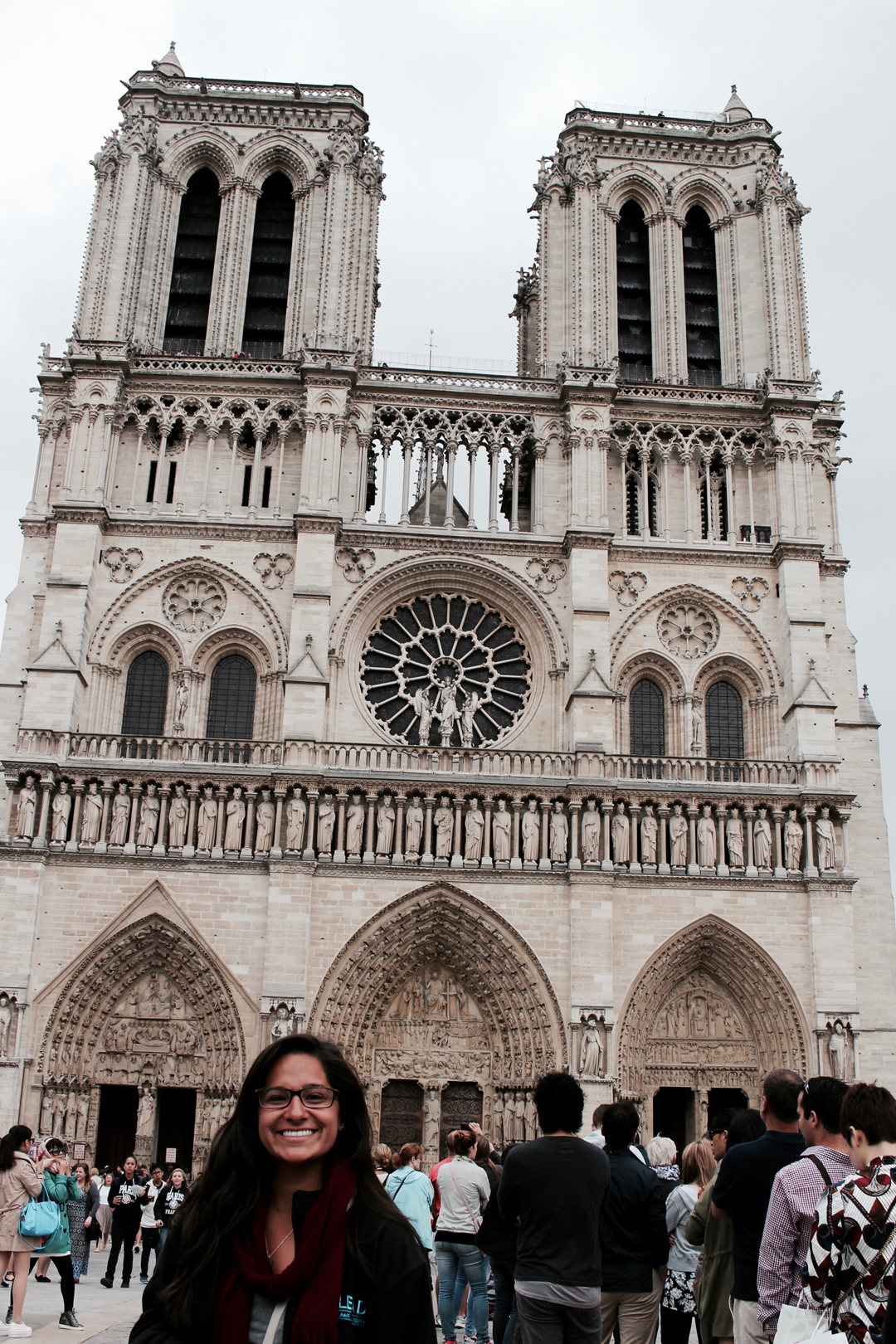 The night tour led us on a different route, towards Notre Dame, where we pretended to each be Esmeralda (because, of course). We crossed the Love Lock Bridge, ate a delicious sandwich, learned about the prism at the Louvre, and took a boat ride on the Seine River. 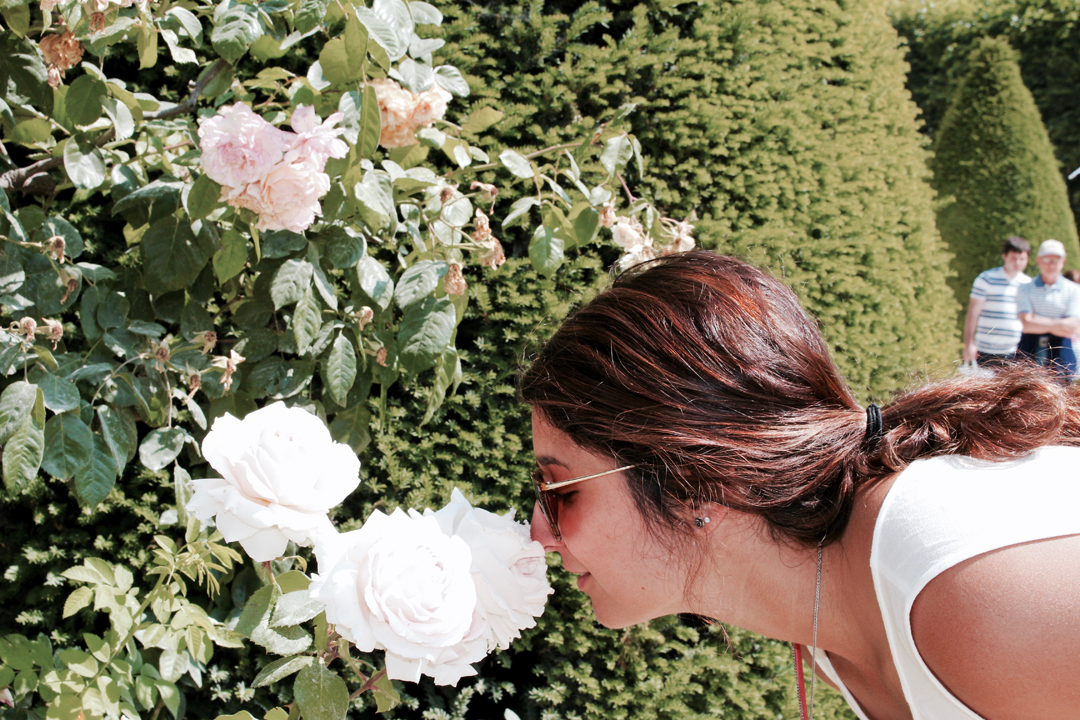 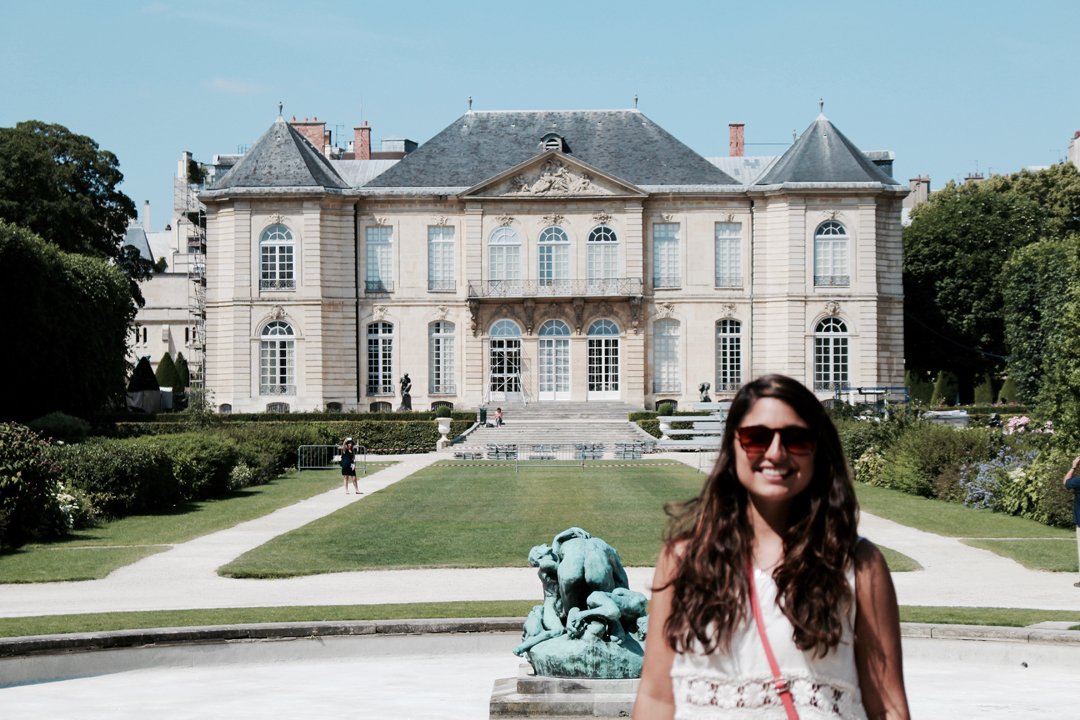 The next day, we made the long trek to Versailles. The trip there proved complicated, seeing as these three Texans don’t frequent subways or metros often at all. Oh, but how worthwhile this palace was to have allowed us to forget all about our metro mishaps. I picture Heaven to look similar to Versailles with its golden gates aplenty and lush greenery surrounding the entire perimeter. 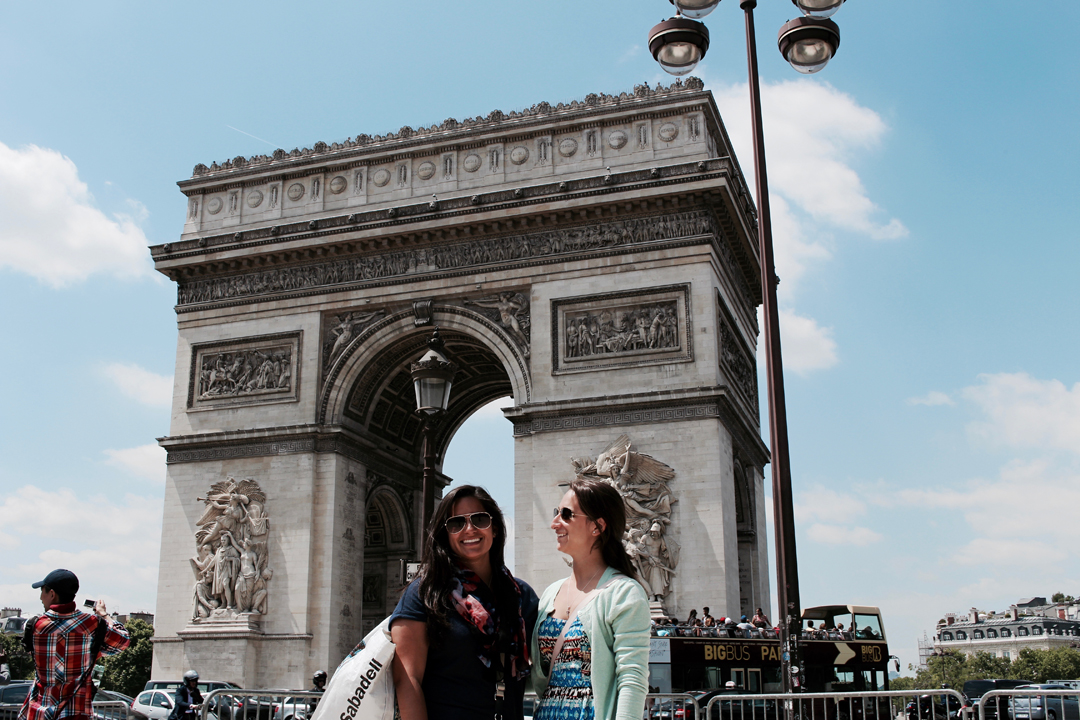 We skipped on down to the Arc de Triomphe, and in my head I heard Phil Liggett commentating our every step. The stairs up to the top seemed to mock us as it had to have been the millionth step in all our journey. We walked through the Musée Rodin with gelato melting down our hands, and I eagerly turned every corner to maybe catch a glimpse of Owen Wilson reading Adriana’s diary. As one does while in Paris, we ended our busy days with a bottle of wine, a baguette, and each other’s company in front of the spectacular night lights of the Eiffel Tower. 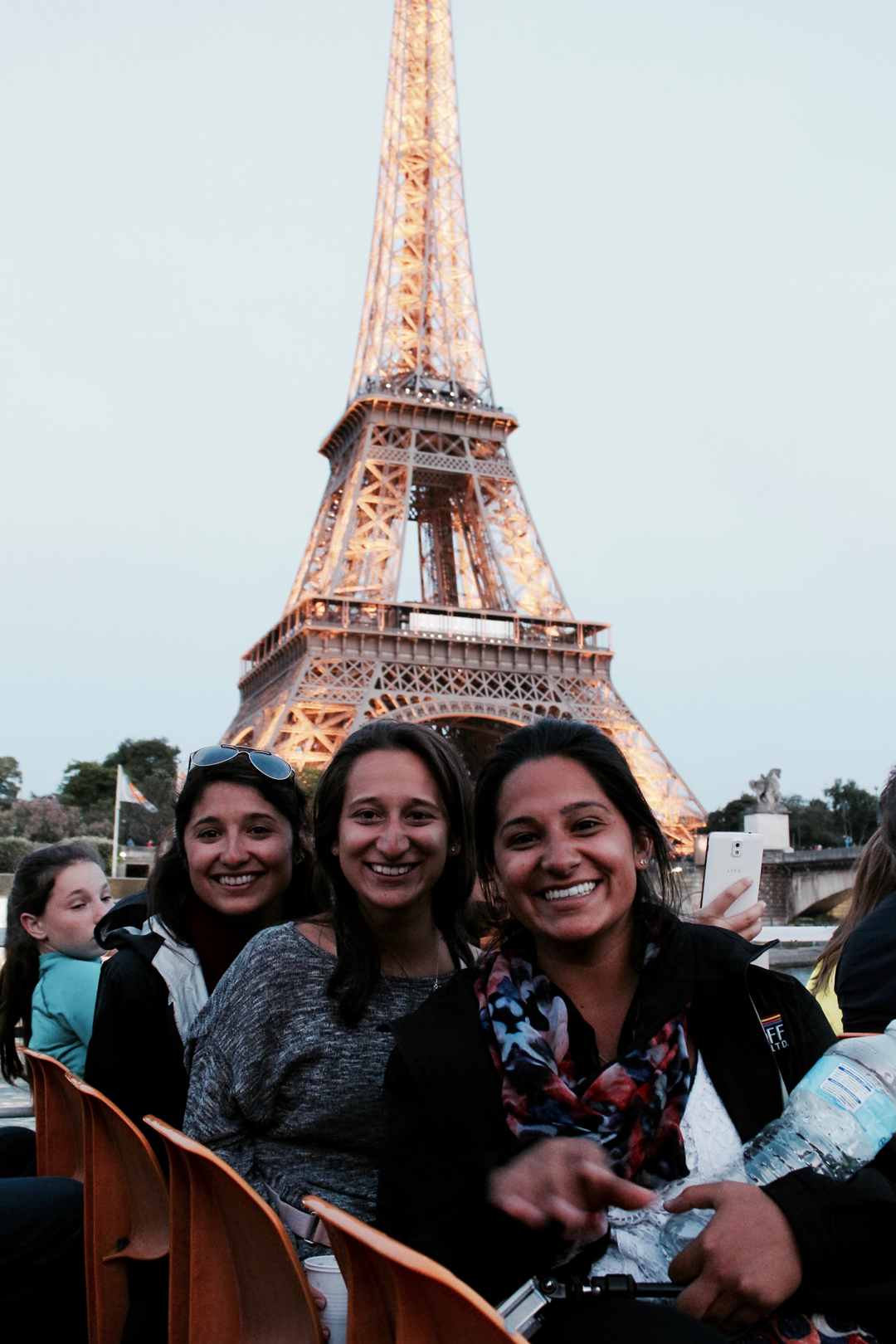 Coincidentally, or perhaps completely on purpose, Midnight in Paris plays in the background as I complete this post. The movie has since finished while I continue to make a futile attempt at perfecting this, so I’ve turned my Spotify on to its soundtrack. “Si Tu Vois Ma Mère” is currently on repeat. 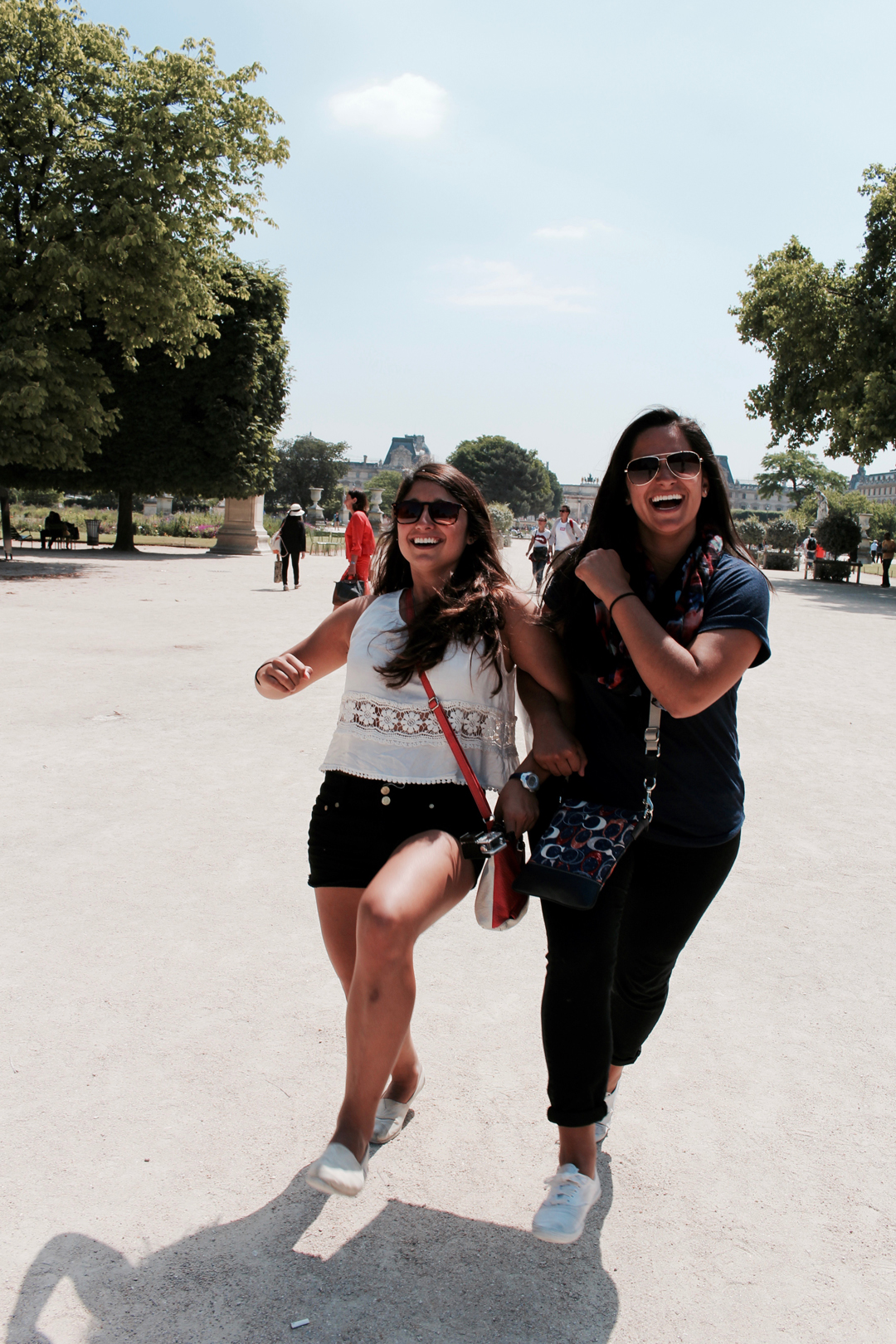 …There goes that obsessive teenager again. Oh well. On to my next adventure.

Have a travel story you’d like to share? Email it to herstorygoes@gmail.com, and we may feature it on the blog!

// This post was originally published on Brenda’s personal blog. // 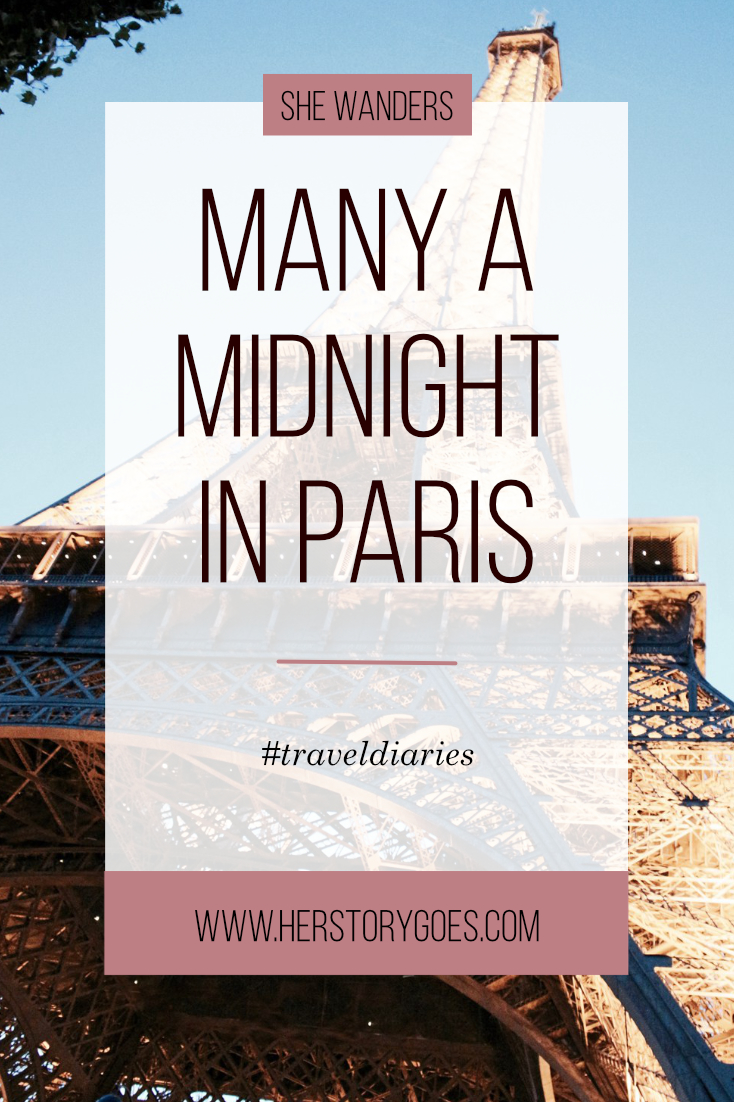 Brenda is a 24-year-old who’s simply trying to navigate this thing we call adulthood. When she’s not being a registered nurse or obsessing over the wizarding world, she’s probably listening to Michael Bublé while stuffing her face with anything and everything chocolate. From time to time, she loves putting on those old soccer cleats, quoting every single Disney Classic, and planning her next great adventure. 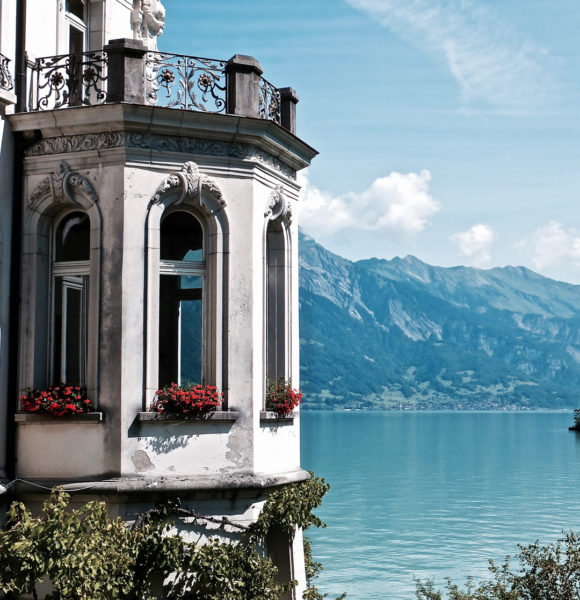 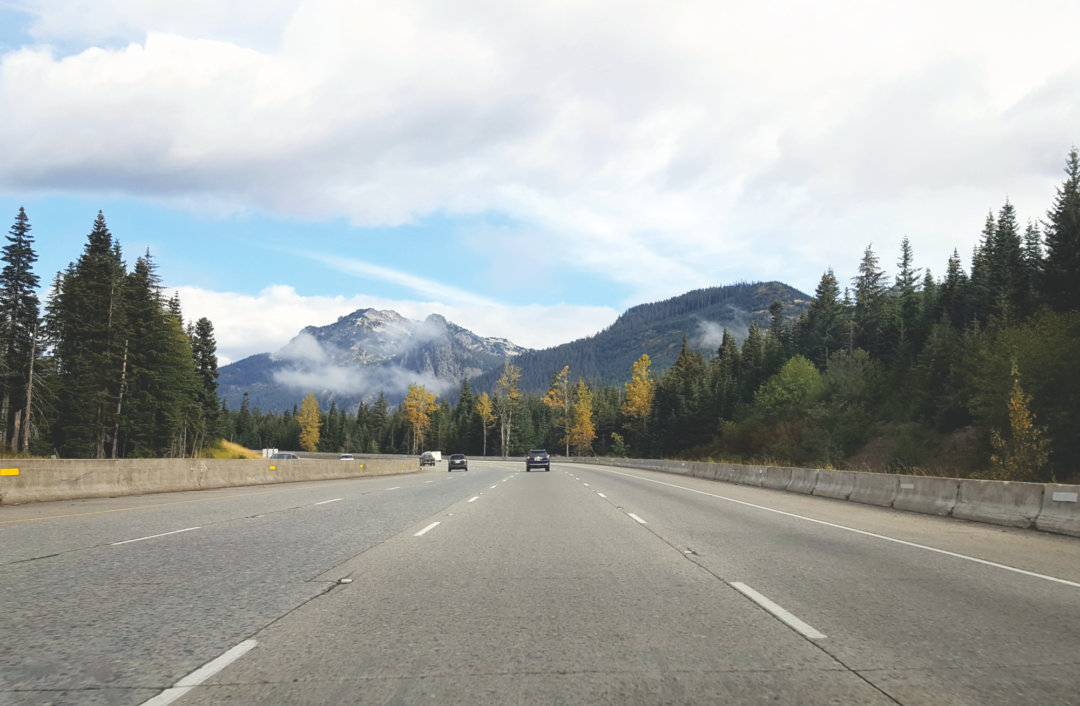 Tales Of A Serial Mover

Damnit, damnit, damnit, I curse to myself. This is the third time this week I’ve missed something due to getting lost. I moved to Seattle about a month ago and despite my best efforts to get out, try new things, and meet new people, it’s […] 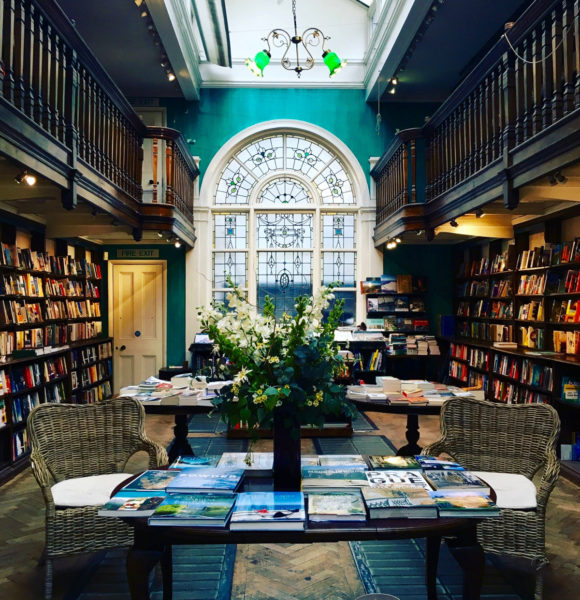 The Top 5 Things To Do In London, According To A Diehard Anglophile

“Who’s that random girl walking alone through the park with a dreamy look and half-smile?” Probably what some Londoner on a jog was asking themselves on a recent sunny April morning in Regent’s Park. Me, that was me, just meandering through one of my favorite […]

Productivity 101: The Secret to Tackling Your To-Do List (+ A GIVEAWAY!)
Friday Favorites: Beauty and the Beast, Meal Planning Tips, & Why We Wear Green on St. Paddy’s Day