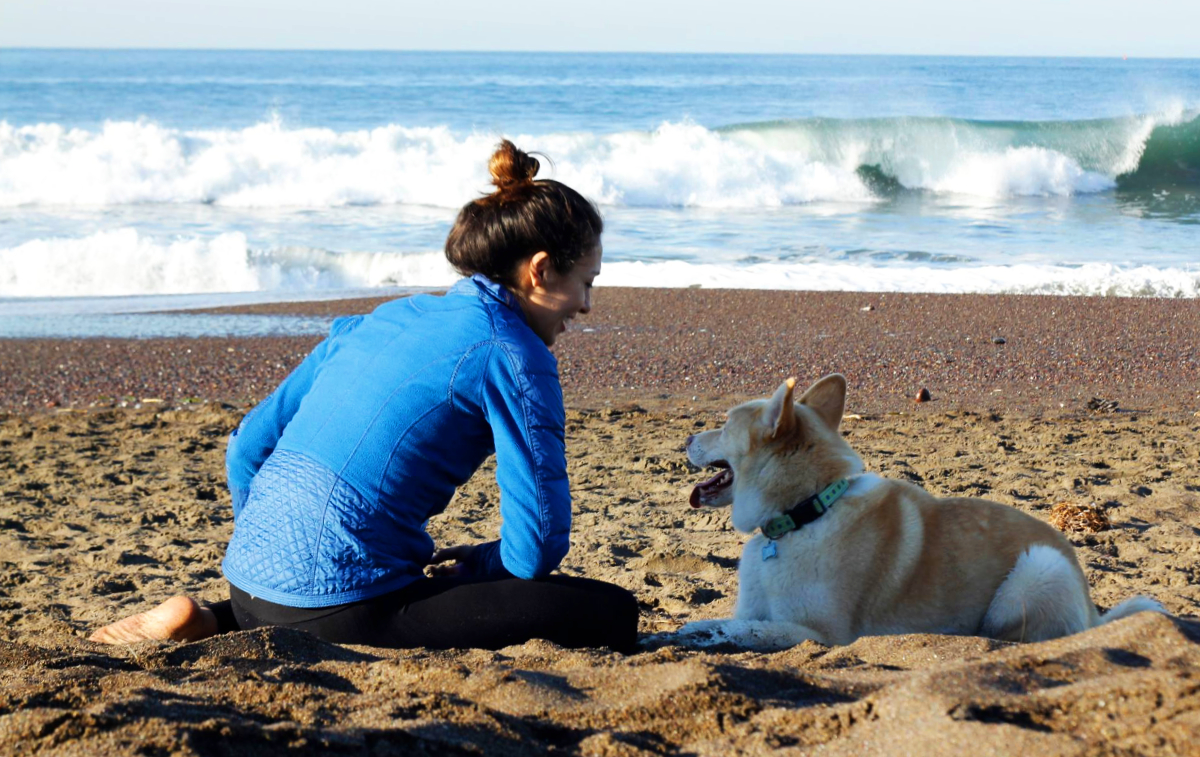 “The truth about childhood is stored up in our bodies and lives in the depths of our souls. Our intellect can be deceived, our feelings can be numbed and manipulated, our perceptions shamed and confused, our bodies tricked with medication, but our soul never forgets. And because we are one, one whole soul in one body, someday our body will present its bill.”

– Alice Miller, Breaking Down the Walls of Silence

I’m often asked how I became a trainer and wellness coach after working in finance. My usual response is simple: I love staying active and working with people. While this is true, it’s not the whole story. My company, Radiate with Kate, promotes positive living, clean eating, and kicking ass in fitness because I’m living proof that your organs can regenerate after proper nourishment. What most people don’t know, however, is that ten years ago, I nearly lost my life to depression.

That’s so scary to see in writing, and for some of you, it might be tough to read.

My goal is to inform others about a holistic approach to depression, anxiety, insomnia, and other ailments that hold us back from being our most radiant selves. I’ve wanted to share my health and wellness journey for a long time, but I simply was not ready. Today I am.

In the mid-90s, the CDC and Kaiser Permanente discovered that adverse childhood experiences (ACE) increased the risk for seven out of 10 of the leading cause of death in the United States. According to the study, the categories of adverse childhood experiences are abuse (psychological, sexual, physical), household dysfunction (substance abuse, mental illness, domestic abuse, incarceration), death of a parent, divorce, alcoholism, and neglect. For those with a higher ACE score, the risk of developing heart disease and lung cancer is tripled, partly contributing to a 20-year difference in life expectancy.

Many Americans have at least one ACE. Others have three or four. My ACE score exceeds six. The higher the ACE score, the more likely you are to develop the seven of the 10 leading causes of death.

In his book, The Body Keeps the Score, Bessel van der Kolk, M.D., describes the impact of the study:

The first time I heard Robert Anda present the results of the ACE study, he could not hold back his tears. In his career at the CDC, he had previously worked in several major risk areas, including tobacco research and cardiovascular health. But when the ACE study data started to appear on his computer screen, he realized that they had stumbled upon the gravest and most costly public health issue in the United States: child abuse. He had calculated that its overall costs exceeded those of cancer or heart disease and that eradicating child abuse in America would reduce the overall rate of depression by more than half, alcoholism my two-thirds, and suicide, IV drug use, and domestic violence by three-quarters…

A month prior to my high school graduation, I was diagnosed with acute hepatitis and an autoimmune disease of the liver. I had no family history of these illnesses, and I wasn’t a drinker. I was an athlete, training for college soccer, and to be honest, I had no idea what this diagnosis even meant. But the evidence was written all over my body: my skin and the whites of my eyes had turned yellow from jaundice (due to the excessive destruction of the red blood cells), and my liver and spleen had become so inflamed that they were visibly noticeable and painful to touch. After two weeks in the hospital, a liver biopsy, blood transfusions, and a heavy prednisone prescription later, I left for college. I was told not to play contact sports, to come in for blood work regularly, and was warned I would likely need a liver transplant by the age of 25. I was in shock.

How could this be happening?

Against my doctor’s orders, I continued with my plans to play collegiate soccer at UC Berkeley. Only weeks after leaving the hospital, I left for college and started summer training with my team. By August of 2004, my freshman year of college had begun. While everyone around me seemed to be having the time of their lives, I was always tired, distracted, depressed, and couldn’t sleep. I didn’t know at the time that the liver and spleen are directly related to insomnia. Turns out that when there is a blood deficiency or excess emotions affecting the heart, the body becomes restless. In addition, prednisone (the medication I was prescribed), has dangerous side effects like anxiety, depression (including suicidal thoughts), mood swings, insomnia, difficulty concentrating, rapid weight gain, and acne. Thinking back, it’s no wonder I was struggling.

When I described my symptoms to the campus doctor, I was sent home with antidepressants and sleeping pills—medication to treat the symptoms caused by other medications.

Despite my efforts, my depression spiraled downward. At 20, I contemplated suicide—and not even a year later, I wrote a note and began to plan how I would end my life. While I never ended up attempting suicide, I was certain it was my fate.

I felt broken. For years, I suppressed anger and shame from a childhood of abuse by my biological father. Even after my parents divorced, I was in survival mode more often than not, putting chronic stress on my body and directly impacting my developing brain and immune system. It wasn’t until I learned about the ACE study that I began to piece together my depression, weak immune system, and other health issues I’d been experiencing for nearly two decades. 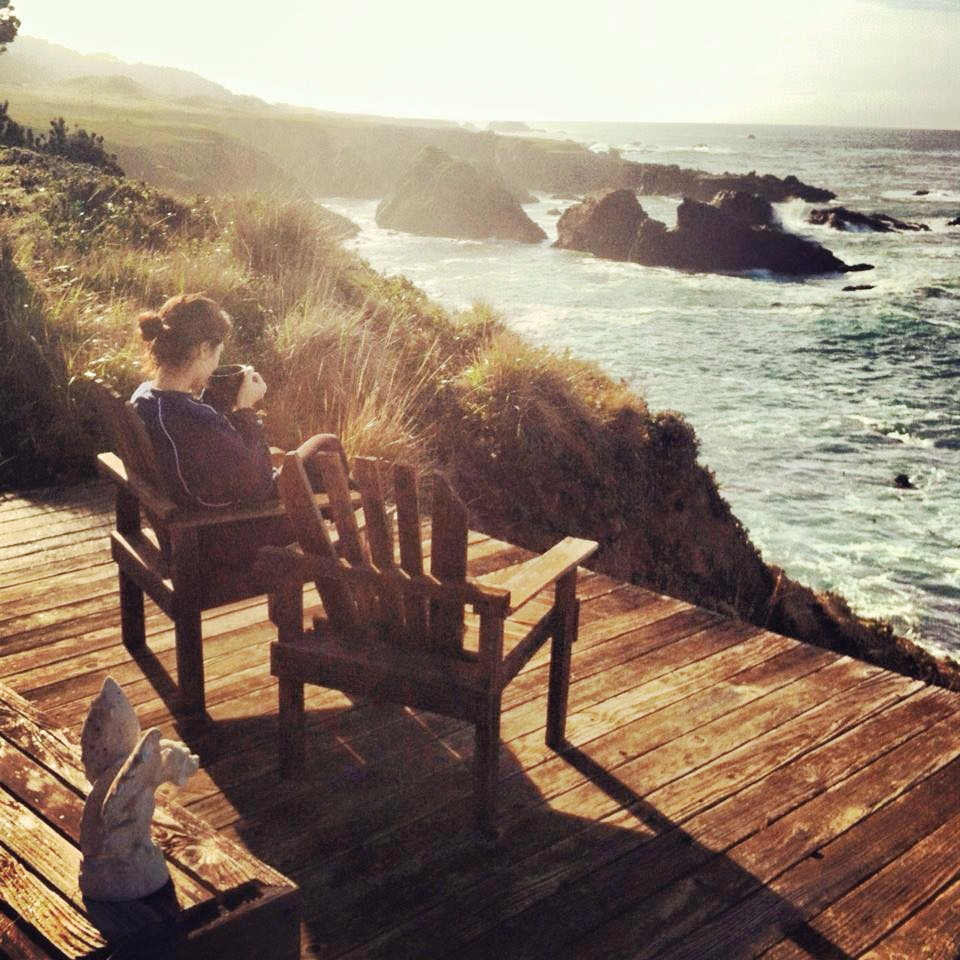 Despite healthier eating habits and my reliance on daily vitamins, I felt like a 20-year-old trapped in a 90-year-old body. I was constantly sick, and with the added stress of finals, I broke out in shingles and caught a severe case of whooping cough. I wasn’t surprised when my doctor prescribed yet more medication—but this time, I refused to spend more money on meds that weren’t going to help in the long run. I so badly wanted to get better, and I knew it was up to me to figure out how.

In my senior year of college, after what seemed like a lifetime of dealing with debilitating health issues, I began taking yoga and meditation classes. I adopted a new vegetarian diet and became more mindful of what I consumed and how it made me feel. These changes had a profound influence on my healing, both physically and emotionally. Very common for survivors of sexual abuse is the neglect of their own body. Some hide it with food and emotional eating, others numb the pain with drugs, alcohol, or promiscuity—setting no boundaries to protect their body because no one protected them when they were most vulnerable. For me, I neglected my pain. I suppressed it deep down inside and felt weak for not being “okay.” When I began to suffer with depression, I sought help with medication but I didn’t seek therapy. In a way, the medication was just a band-aid when I really needed stitches. I needed to dig below the surface and acknowledge the root of the problem, the source of the chaos. Yoga helped me initiate the healing process.

Not long after becoming a devoted yogi, and a very inflexible one at that, I began to feel a shift. My body began to rest after years of insomnia. I stopped taking all medications. My heart began to feel again. On days I could not focus or be present while meditating, I prayed. I found my way back to God. For the first time in my life, my body was being cared for in a way that was based on self-love.

After a decade of a healthier lifestyle, I’m still medication-free and my liver is thriving—I didn’t need the transplant after all! My health is still my greatest priority and I wake up each day loving what I do. As a personal trainer and holistic health coach, I have the opportunity to teach others how to become stronger athletes, mindful eaters, and happier souls with movement, nourishment, and play. I can’t predict the future and I’m not certain that lung disease or cancer aren’t in my cards. That’s out of my control. But I do my best to make positive and healthy choices every day, because that’s something I can control. I don’t do it for external motives; I do it for my soul, my liver, my heart, and my brain. I want to stay well and give my body a fighting chance in case I need to fight disease again one day. Because I’ve been diagnosed with an autoimmune disease, the likelihood of developing another autoimmune disease is three times greater than someone without one. And because my ACE score exceeds four, my life expectancy is 20 years shorter than someone with an ACE score of zero.

While these numbers frighten me, they inspire me more. I have crawled my way out of darkness. I want to live.

You can read more about Katie’s journey on her blog. 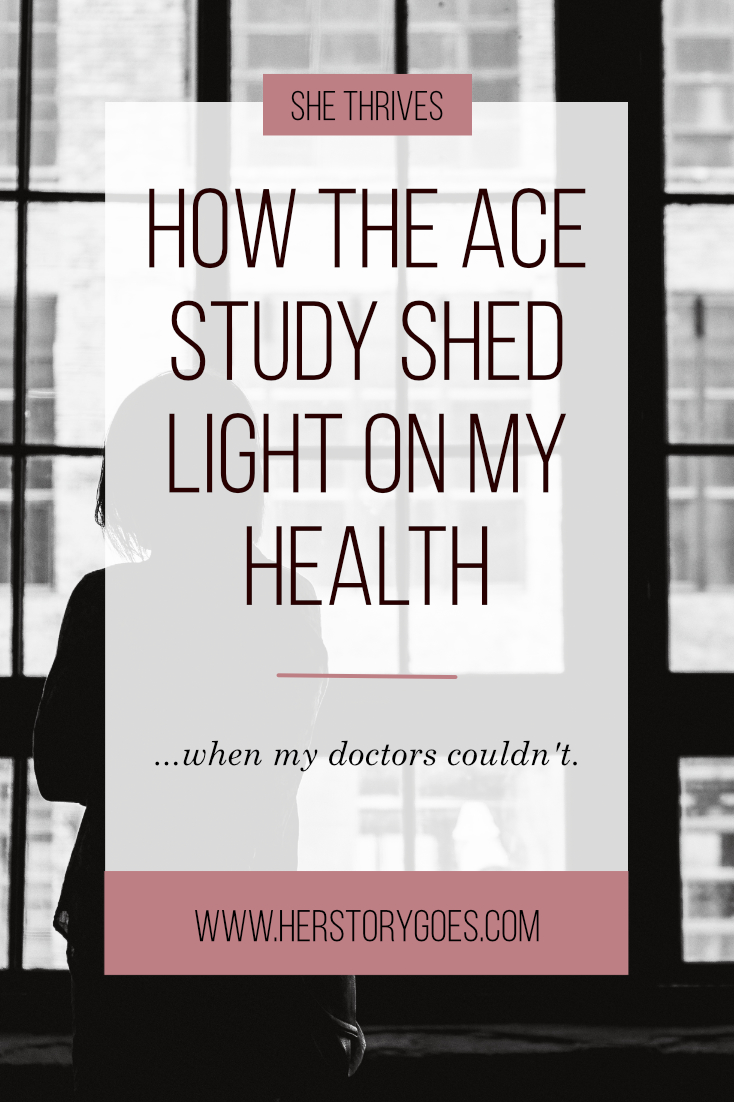 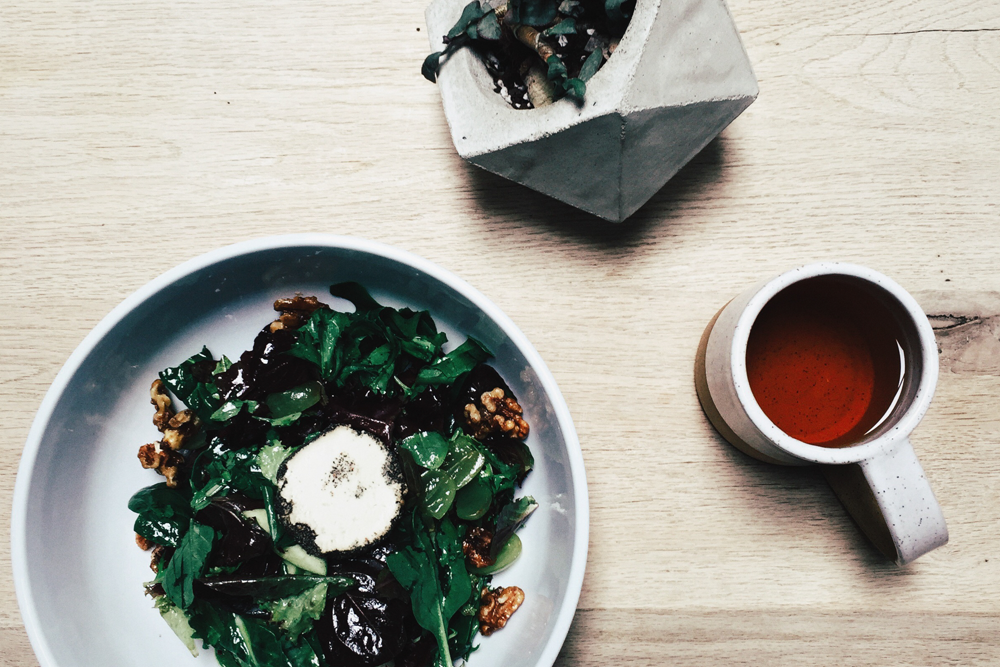 Following a full winter season of indulging our taste buds, March found my husband and I wanting to clean up our diets once and for all. While we’re not total fast-food junkies, we sure do love our slice (or three) of pizza every now and again, […] 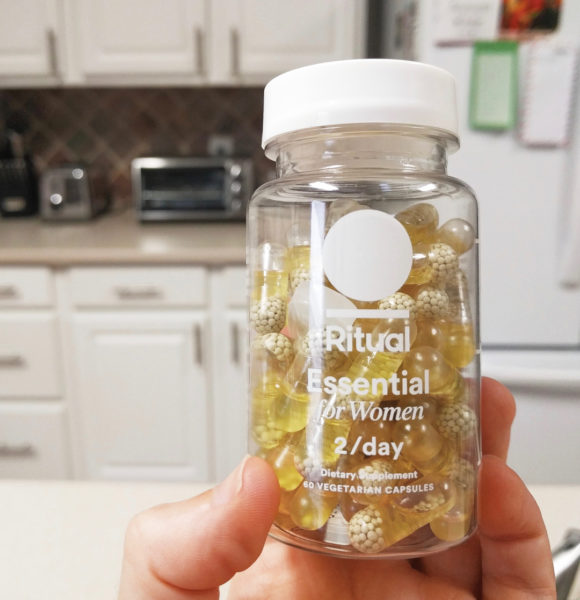 Do You Take A Multivitamin? 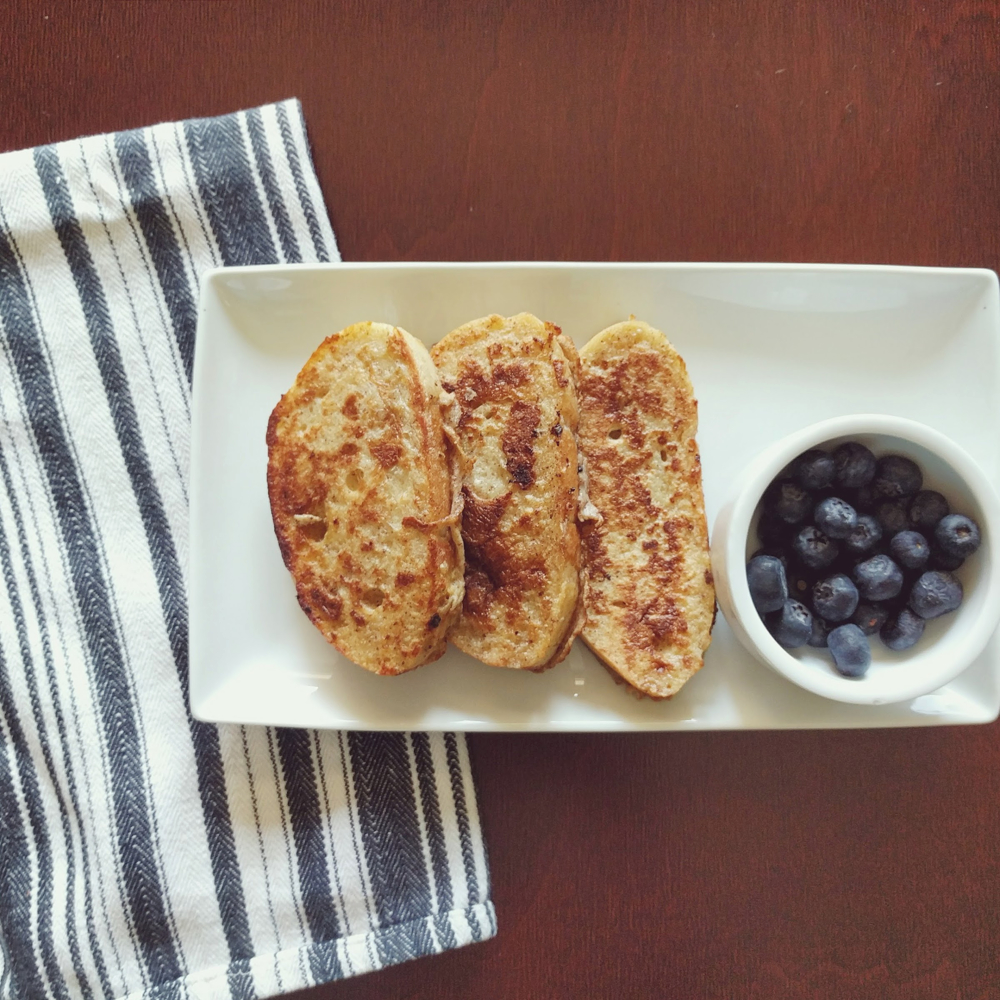 Life After My (Failed) Whole30: What I Learned

On April 20th, I blogged about my love/hate relationship with the Whole30. I had barely made it to Day 10 of my second attempt at the thirty-day elimination diet, and I was struggling, to say the least. Within a few hours of posting my concerns, the encouraging comments came rolling […]