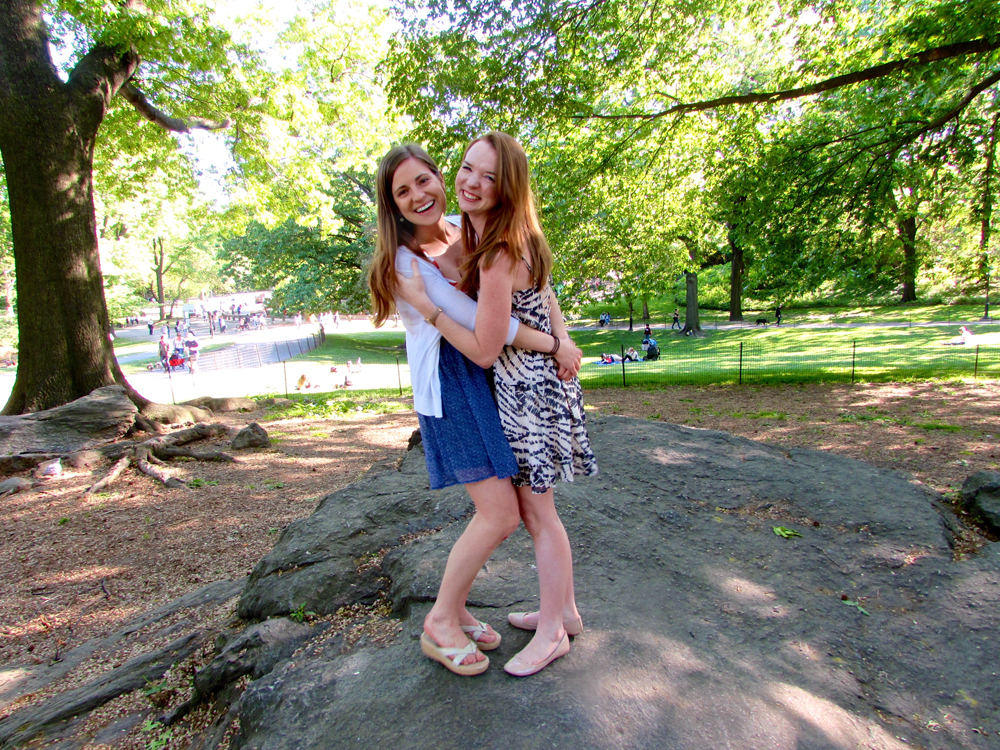 Hailing from a little town called Tomball, Texas, Kristen was raised on a Christmas tree farm outside of Houston. In middle school, she met a girl named Emily who would become her best friend for life.

Vowing to become a professional writer someday, Kristen attended the University of Texas at Austin and graduated in 2013 with a degree in English and American Studies. She enjoyed brief stints in the publishing world, but the family business beckoned—and won out in the end. That is, until she reconnected with a guy from high school who had since become a U.S. Air Force pilot.

Now, in an unforeseeable turn of events, her future looks quite different than she once imagined. While her geography may change, some things never will—most importantly, her love for family and poetic prose. Kristen fully believes in the power of prayer, fearless women, and text message flirtation.

Emily was born in South Louisiana and moved to the outskirts of Houston with her family at the young age of two-and-a-half. An introvert to the nth degree, she was known for hiding away in her closet for hours on end with nothing but a stack of books by her side.

Fast-forward to college, better known as the era of frequent all-nighters and coffee shop shenanigans, when the city of Austin became Emily’s beloved stomping grounds—and Kristen, her roommate. At some point during those four years of adventure and uncertainty, the English-turned-journalism major tapped into her undeniable passion for storytelling.

Emily currently lives with her handsome husband in Frisco, TX, where she is studying to become a Nutritional Therapy Consultant. Besides blogging alongside her bestie, she loves the feeling of a foreign place, the first day of fall, and the crisp taste of Prosecco.